Engelsk Dansk Vittighedsbog 1 (The English Danish Joke Book 1) is an excellent way for Danish people to practise their English – and for foreigners who are trying to learn Danish.

If you're struggling, there is a translation on the following page.

There are also cartoons drawn by the award-winning cartoonist, Ilja Bereznickas.

“I've read so many books about smoking and drinking that I've decided to give it up.”
“Smoking or drinking?”
“Reading.” 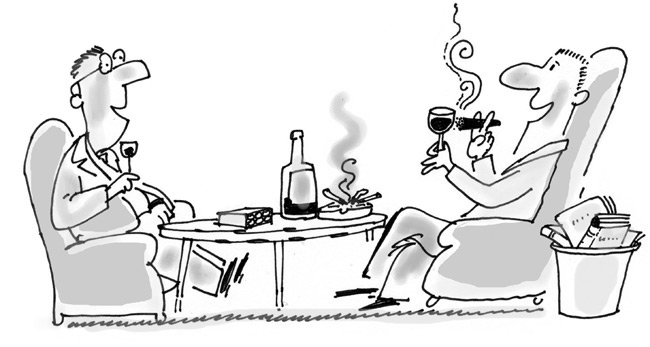 Tim Shoesmith, an English entertainer, has recorded all of the jokes and this audio version of Engelsk Dansk Vittighedsbog is currently available via Apple Books. This means that you can hear the jokes while you read them which help you discover how the words are pronounced.

For example: Joke about a boy with an arrow
Little boy: (in garden) Excuse me, Mrs Jones, can I have my arrow back, please?
Mrs Jones: Of course, Richard. Where is it?
Little boy: In the side of your cat. 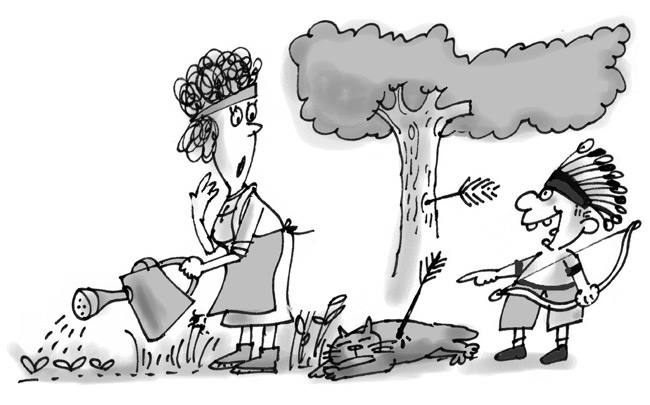 Ready to buy Engelsk Dansk Vittighedsbog? Which version do you need?

If you're lucky enough to have an iPad, iPhone or Mac computer with ibooks, you can enjoy Engelsk Dansk Vittighedsbog as an audio version available on Apple Books

If you prefer to buy the book from AMAZON or SMASHWORDS, that is also possible.

The book is now available as a paperback from Amazon.